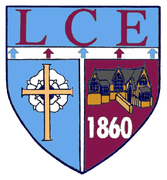 What is Enquiry Led Learning ?

An enquiry is where the majority of subjects are taught through a single linked topic or theme.

In the first step pupils are introduced to the topic. Collectively they produce questions (lines of enquiry), things they want to know and explore. The pupils will then be asked to think about activities they would like to do in each subject. Each enquiry will also explore links to the Christian values. The final step is a collective, real life project chosen by the pupils, using the skills and knowledge they have learnt.

Below is an example of an enquiry that took place in Y4:

What is a blitz?  Why did it happen?  Were women allowed to fight?  when did it stop?

Activities chosen by pupils:   ration cooking, make an Anderson shelter, dress up in clothes from the 40's, learn about the fighter planes and tanks.

Examples of Learning that took place

Letters home from evacuees, Leaflets explaining how to protect your home and what to do in an air raid, propaganda posters and ration book recipes.

Area perimeter problem solving and reasoning to create dig for victory plots, measuring length size for DT for model making, use weights and measures to follow and create recipes.

Key facts and dates from WWII, ration books,  documents and posters. Fictional and nonfiction accounts from adults and children during the war.

designing and model making Anderson Shelters and dig for victory plots. Building an actual shelter in the school woodland.

Designing and cooking a ration meal (Veg stew) using the ingredients from the school garden.

Electricity and circuits linked to the blackouts during the blitz.

Key dates and events. Comparisons with today and the past. Identifying Allies Axis countries on a globe/map.

The role of the Gurkhas and other ethnic groups of soldiers in the British army and it's allies.

Y4 planned and delivered a special remembrance day service for older members of our community. This took place at St John's Church

Building an Anderson Shelter in the school woods.

Making a light up Christmas decoration with a circuit

Meeting with people within the village who lived through the war to hear about their experiences.